Hi, I’m Yuki. I joined All Saints Anglican School. This study abroad was planned until April 5. But it has changed because the effect of the coronavirus. I was supposed to go camping or sightseeing with friends after the testing period so I’m very sad. However, I had no choice because the plane will not fly hereafter. So, this time, I will talk about what happened while studying abroad and what I felt different from Japan.
First, my host family celebrated my birthday. It was supposed to celebrate their grandma’s birthday, but they also celebrated me. We had dinner at a restaurant near the AFL (Australian Football League) team’s stadium, where the league starts on March 20. Our plan was to go see the match on that day, but AFL was also held with no audience. They were thinking about various plans for me, so I was very disappointed.
On the last day, they were taken to the zoo. It was good to have the last memories. 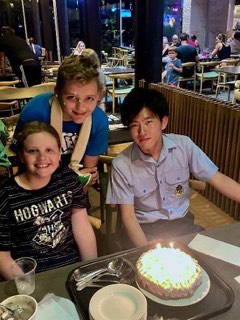 Second, I will talk about the difference I felt from Japan. The most surprising thing was that the school students were driving to school. It was a scene that was impossible in a Japanese school.
In addition, some married couples worked at the same school. I think most Japanese schools aren’t allowed. Also, in some families, parents and children went to the same school. Drinking water and going to the Toilet during class is no problem. Some Japanese schoolteachers don’t allow these things. The teacher is also free to eat and drink. So, overall, I prefer Australian schools to Japanese schools.

I wanted to spend more time in Australia. I think Australian are kinder than Japanese. Great nature, school and food. Transportation was not inconvenient. I originally liked overseas but I loved it more. It was good to participate in this plan. I think this experience will help something in the future.

However, I’m very sad because the environment where I can go to the beach anytime is not granted. I miss the beach on the Gold Coast. 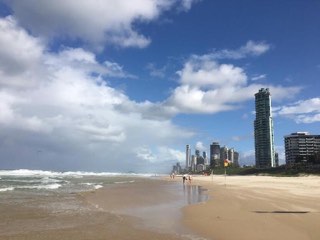