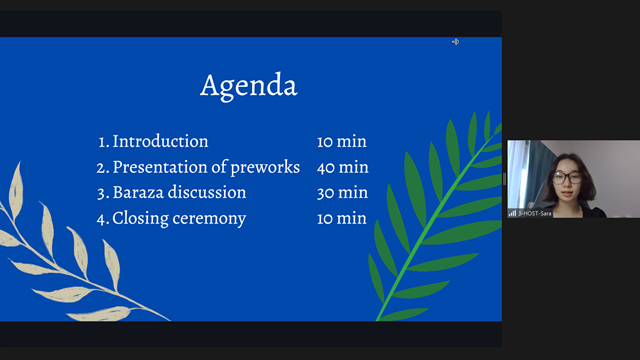 The theme “Aggression and Peace” was chosen because today we must realize that it is and it has been a universal theme across all ages and eras. The Russia-Ukraine war is just one manifestation of this issue the world has woken up to. While the war itself too is an emergency that must be talked about, I wanted to address that we all carry the faults within us that are the potentials for escalating into aggression and hatred. Rather than talking about this issue just in the context of current world events, I wanted ourselves to have a chance to reconsider what peace means to us. People brought up the role of religion, art, music, yoga, meditation and love as something that brings peace to their daily lives. This affirmation is important, because, as one participant said, you can only find your peace in your own heart. Our peace starts from ourselves.

As prework, we asked participants to share a picture of what peace means to them. From Kogakuin we chose, as it appeared on the postcard, the stained glass in the UN headquarters in New York by the artist Marc Chagall. Now I ask you: when you look at this stained glass, do you see aggression, or do you see peace? If one wanted to only show peace, then a clean picture of God would suffice. On the contrary, if one wanted to only depict the horrors of aggression, then one would achieve so in expressionist colors that deliberately give discomfort to the viewer. But by seeing this picture by Chagall, we perhaps realize that for him peace cannot be spoken without there being an element of aggression, and vice versa. If you look at the picture in detail, you would see so many jagged lines carving its struggle on the glass, but once seeing from a certain distance, you would with the entire picture feel the blueness which is like a Bach chorale. 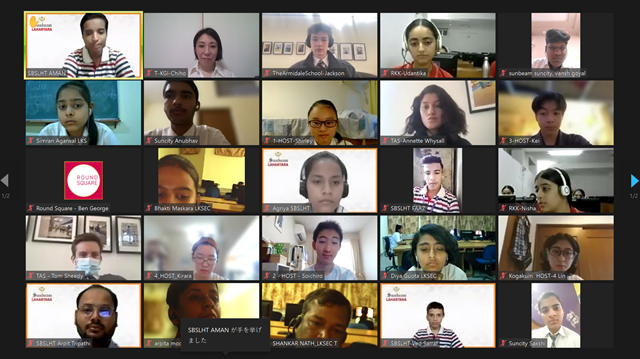 Leading a discussion is about listening—to others, first of all, since they are presenting their views, and to listen to others is to devote yourself solely to following the line of thought that the other is presenting. But deep down you find that this way of listening always leads to the realization that in the end, you are listening to yourself. To understand what others are speaking is to find the “yes,” the agreement in yourself and in your own experiences. A superficial listening would only follow the line of thought of the other and say nothing in return, or perhaps repeat the same exact thing “in your own words” to demonstrate that you “understand.” But in my baraza session I was challenged to group people’s individual thoughts together, wrap them up, then develop it into another context that I found connection with, and finally to respond to them with a question that they would again be able to respond back to. Whenever the conversation seemed to come to a stop, I then threw in new contexts regarding aggression such as the Russia-Ukraine war, capitalism, and capital punishment to keep the discussion going. It is impossible to have a plan for a discussion that would be faithfully carried out, but without a plan, the mind would simply go blank. The plan has to be created so that you would be able to go beyond it in the actual discussion.