Hi, everyone! I‘am Haruka. I‘m going to write about my Australia life.

First, I went to the Australia zoo with my school friends. Unlike Japan, the Australian zoo was the zoo which there was in nature very widely. Also, there were not cages especially and could touch the animal casually and could observe an animal near. It was very great for me to like animals. At first, I saw the show of the crocodile. There were many people and had a big impact by very big cheers. I thought that the animal keeper is a very cool job. It‘s because the animal keeper can give everybody a smile by an animal show. 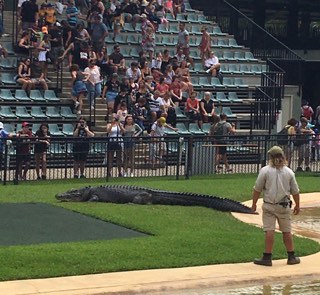 I could touch many kangaroos and one koala. And I could not hold a koala. There were many kangaroos in the big park. But there were not many koalas. Koalas were always sleeping so I was not able to easily touch it. It cannot touch and hold a koala at the Japanese zoo. So, I thought that I was able to have a valuable experience. The Australia zoo was such a place that you should go one degree! 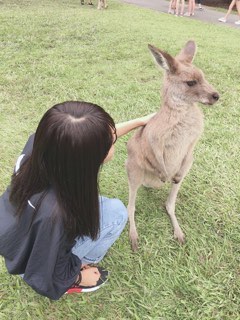 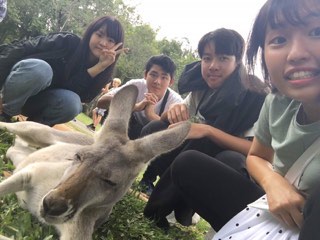 Second, I always went to the city with my other country friends and Japanese friends. The cityis in the center of Brisbane. And the city is around one hour by train from the station near the house of my homestay. I felt city in the city unlike the place where I lived. It is a place such as Shinjuku saying in Japan. There are many shops or a stylish cafe in the city. And I could eat Japanese food, Korean food and Chinese food.  can get on the Ferris wheel and a ferry. I actually goton the Ferris wheel. The Australian Ferris wheel is very quick in one round, and five laps turn around at a time, too. I have gone to the city in after school. 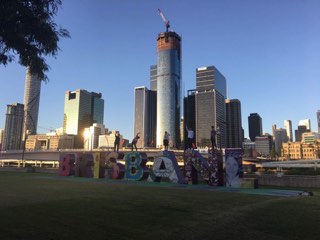 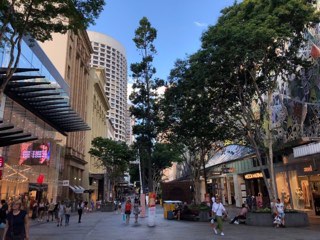 Finally, a grandmother accepted me of my homestay. She was very gentle and helped with my English. In addition, she cooked my everyday dishes and did drop-off and pickup. I thank you very much! During studying in Australia, I went to the house of her friend to eat dinner or to talk. There were the Syrian people inside, too. And I was able to talk with the person of other countries by her. 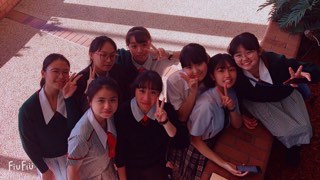 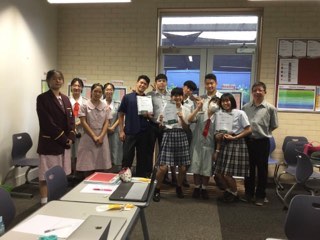 The left photograph is my important classmate. I came to the St Paul‘s School and learned with them. They are very interesting and teachers are very gentle. And the right photograph   is my close lunch members. I always ate morning tea and lunch with them. And I sometimes played with them weekend. I had very great days for them! I love them! I think that it was good to be able to meet them! I came to Australia for studying abroad and learned the pleasure of talking in English. And I was able to find a dream. This studying abroad was very good experience for me!